There are many ways you can help.

If you want to work behind the scenes, for example in our administrative office please contact us to discuss opportunities. We are especially interested in volunteers who have skills such as document organizing, graphic design, inventory control or other work a small organization like the NLCMC needs help with. If this sounds like you, please reach out and share your interest with us.

Of course we have a need for ongoing volunteers for our meal service. These jobs also afford a chance to work with the the kitchen "team" and the public. A little bit more detail as follows:

This includes for example, turning donations of fresh vegetables into part of a meal, buttering bread for a dinner side, or portioning out desserts.

Help us get meals out the door to individuals, families and partner organizations

An essential part of every meal served

Get Started With Volunteering.

We would love to connect with you to help you learn more and apply to be a volunteer.

Let us know you're interested in learning more about volunteering, and we'll be in touch.

We would love to hear from you!

Your information has been received, Thanks!

Looks like we're having trouble. Make sure you have completed all fields correctly.

Volunteer of the Month 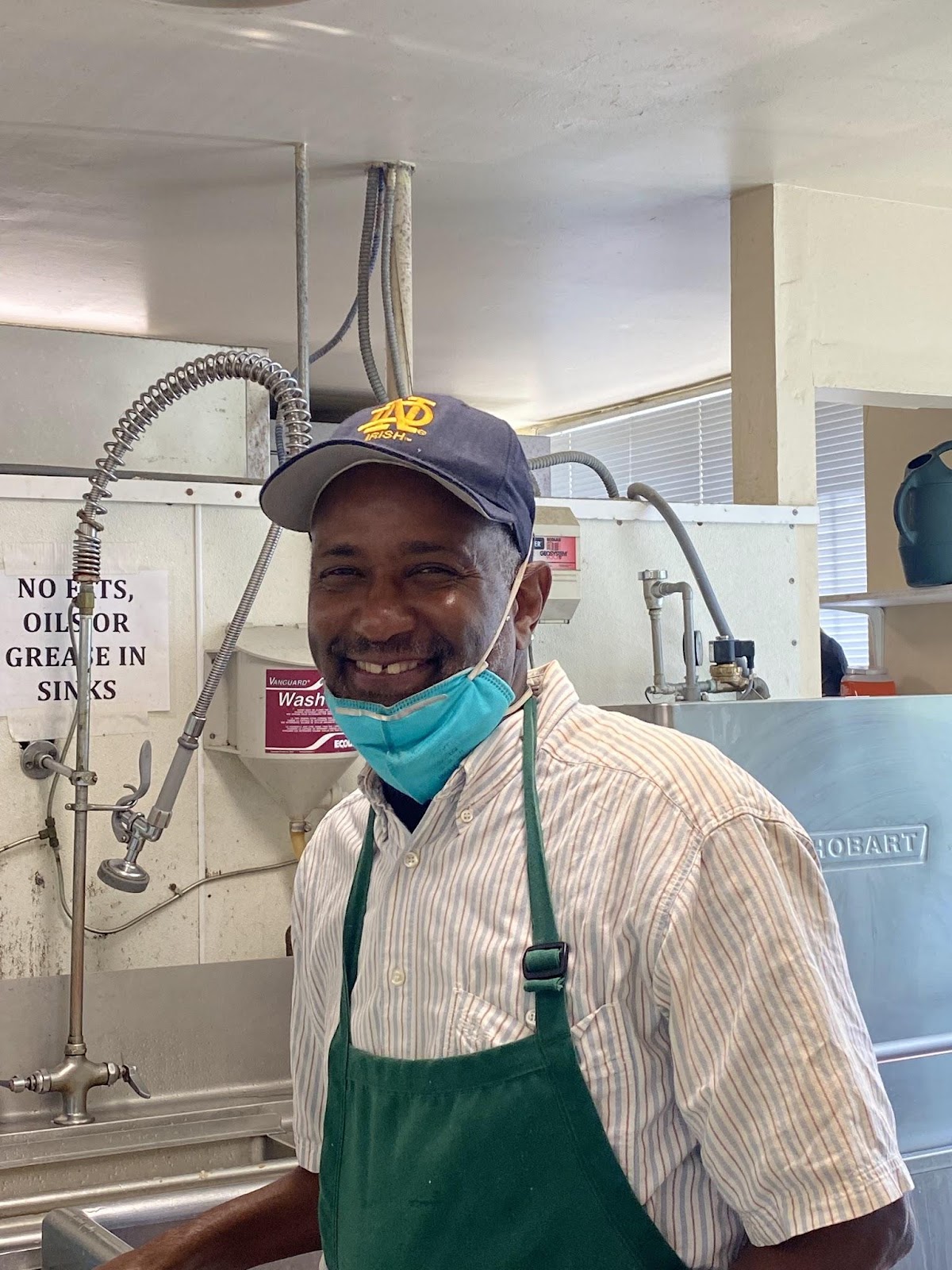 Muwwakkil Aluqdah is our October,  New London Community Meal Center (NLCMC)  Volunteer of the Month.  Muwwakkil’s involvement with the Soup Kitchen spans more than forty years.  Mark Mc Quillar, NLCMC-Soup Kitchen Manager, said that “Muwwakkil is willing to do anything that is asked of him and has been a lifesaver for him on Fridays.”   Muwwakkil works hard and has a quiet, conscientious demeanor.  You might see him washing dishes, chopping vegetables, grabbing produce, or hauling supplies up from the cellar.  To put it simply, Mc Quillar said, “Muwwakkil is real good!”

Muwwakkil began volunteering when the organization was on Truman Street.  He recalled when Ms. Bellinger (one of the NLCMC founders)  had cancer yet still continued to do the work of feeding the hungry of New London-breakfast, lunch and dinner.  She was and continues to be an inspiration for Muwwakkil today.

Mr. Aluqdah grew up in Northern New Jersey, the son of a butcher and a domestic housekeeper.  Muwwakkil is a Muslim who prides himself in being a vegeterian and has been for more than 65 years, much to his father’s chagrin.  He attended Connecticut College, Mitchell College, and  studied political science at Bates College in Maine. He is a self-described economic socialist and humanitarian.  He previously worked in the import/export business, trading commodities and traveling around the world.  He recalls amazing experiences in Europe, Africa, Asia, Australia, South America and North America.

When asked what kind of advice he would offer to youth he responded with sparkling eyes and an even more sparkling demeanor, “Read, read, read…and get involved.” He suggested that it would be good if we took the phones away from (young) people as they (phones) serve as a distraction.  Muwwakkil Aluqdah said that he always tries to do the right thing. He volunteers at NLCMC “to serve the pleasure of the lord and to help people”.  He elaborated with a smile, “People are my number one weakness.”

Muwwakkil lives in Massachusetts but is at NLCMC on Fridays to serve our community.  Other days of the week, he visits an adopted brother who is on hospice in New Haven.  He rides the bus, or finds a ride but one way or another serving others is his priority and he gets there.  Mr. Aluqdah is certainly most worthy of being NLCMC volunteer of the month.

Thank you, Mr. Aluqdah for your dedication, commitment, and service with a smile. Our gratitude for you will extend in perpetuity.  Ms. Bellinger would be so proud to know of your continued service to our community.

I volunteer because the people that come to the meal center are having rough times, and it can happen to anyone. I feel it is important to help people who are less fortunate, and it is really important to treat people with dignity. We are not just feeding them. I get the satisfaction of knowing I am helping people.

I volunteer because I can. I had a life and a career where I was fortunate to do well. Now that I am retired I want to spend my time giving a step up in the simple form of a meal to someone who did not have all the advantages I have had in my life.

I volunteer because it is a way of giving back to all people who helped me throughout the course of my life. I do it to give back, to pay it forward. Also, I do get personal fulfillment that is wonderful. I feel good about volunteering.

Your Gifts Make a Difference

Give to support this important work. 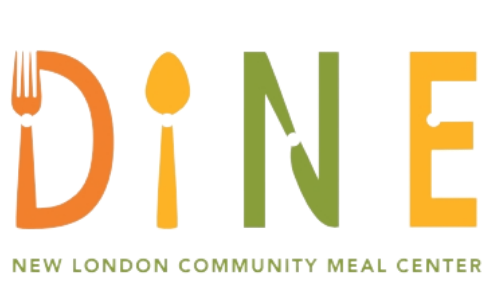